All the lowdown on our fabulous photoshoot 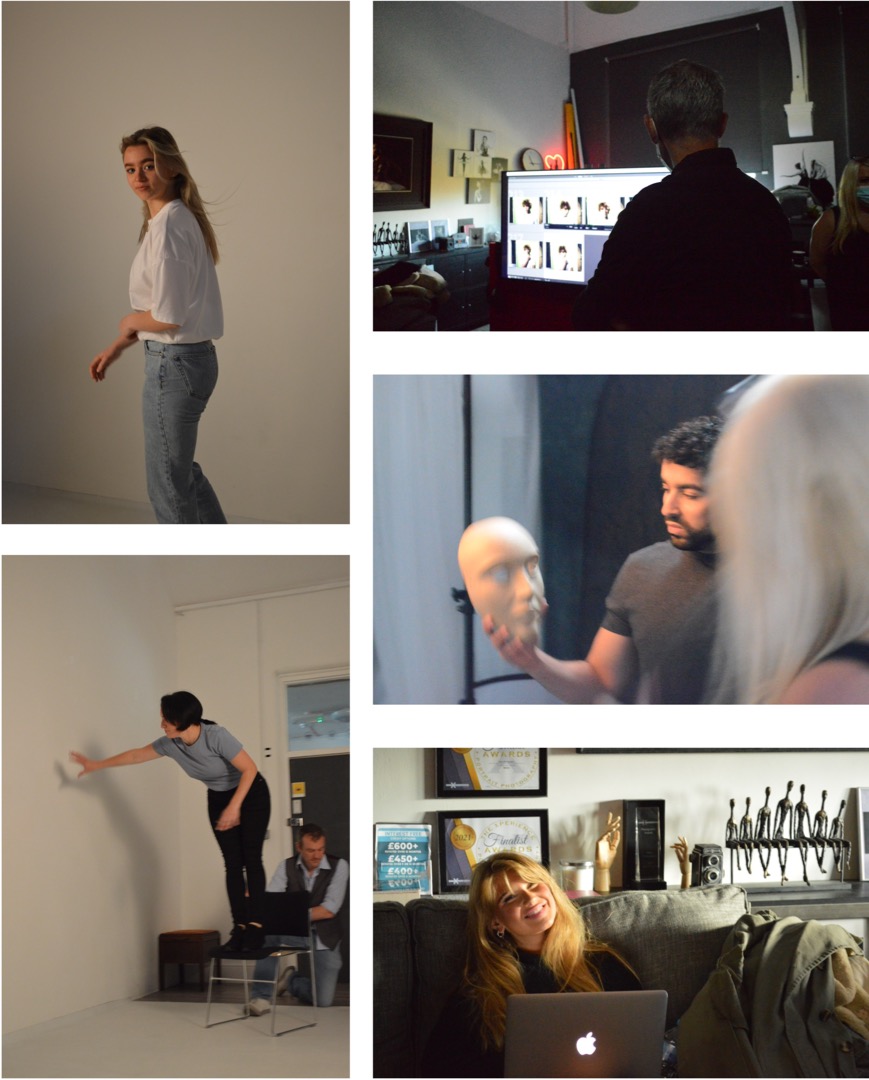 On Monday, 25th October, Integrity Media Ltd began the launch of their “rediscover, rebuild, relaunch” campaign. This involved a group of female and male models, of varying ages, capturing the essence of what this publishing house intend to do. Highlighting the complexity of mental health and the empowering notion that we have the power to help ourselves.

After each of their shoots, our team interviewed the participants to gain a better understanding of their individual experiences with mental health, views on how society receives this, and their motivation for getting involved in our campaign.

To begin with the latter, almost all our participants got involved through their support of Integrity Media and their aims. Two models conceded that they originally accepted the job purely as a work opportunity. Yet, once releasing the motivation behind the shoot, they both agreed that “it made it feel a lot more relevant. As actors, we suffer with anxiety and was happy to help raise awareness.” The majority were aware and got involved with the desire to help other people and push the message of Integrity Media. As one woman mentioned that due to recent grievances, “getting involved in something that was focused on mental health was exactly what I needed. As I have found someone that will help me [her therapist], so finding a way to potentially help someone else was a massive bonus for me.” On another note, one model focused on the artistic side of the shoot, mentioned that “I was really interested to see how mental health would be portrayed. As it should be clear how nonsensical the stigma attached is. As there is no one-face of poor or positive mental health.”

Another key thing I hope to draw attention to is their universal view that mental health affects everyone. We had a young female and older male model independently raising the idea that we all have mental health in the same way we have physical, and it is a spectrum. We all just find ourselves on at different points at different times in our life, but we are never without it. It is because of this that mental health should be given significantly more attention. Quoting the view of one participant: “I think there is still a massive stigma. You can take a day off work if you have the flu or a broken arm, but you can’t say ‘I’m having a really bad mental health day and I’m really struggling. It doesn’t feel as appropriate. People will go into work as mental health doesn’t feel as important as physical health. When, you could argue it is more important.”

To build on this, other themes that came up during several interviews was the gap between gender and generations in relation to an open dialogue around mental health. One young gentleman highlighted that he feels, “as a man, there is a lot of pressure around being masculine.” Noting the statistic that suicide is the biggest killer of men under forty-five, he mentioned that “I don’t think it is society that are stopping men being open, it is men stopping men. As there is the belief that you should ‘man up,’ and you are not a man if you struggle.” Although almost all members of the campaign said that society is moving towards a more positive dialogue amongst the younger generation, it is the older members of society that stunt this growth. Adding that “as a result, men don’t know how to deal with other men who are open to the conversation. There is a culture that has prevented emotional education amongst men.”

In addition, a female model brought to our attention that the issues of openness was as much a problem between classes as it is generations. Sharing her own experience, she mentioned that her mum’s side of the family were more open-minded coming from a working-class background. While by contrast, her dad’s side were from a middle-class religious background and their up-bringing encouraged praying as a coping mechanism for problems they were having. As a result, she opened up that this results in a stunted approach to discussions and vulnerability, as mental health issues should be resolved silently and in private. Of course, this experience is not a universal one, I think the anecdote highlighted the complexity of mental health, the discussions around it and societies responsibility in all of the above.

With this noted, it is clear that our shoot team believed our society had a long way to go in destigmatising mental health. Whether that is in relation to reducing the pressure put on men, educating the older generation to accept mental health, and putting it on a par with our physical. Concluding that the shoot was a huge success, everyone’s honestly and openness during these interviews have been so deeply appreciated. As together, we begin to open up about mental health and how society needs to change.

Integrity Media is a limited liability company that facilitates the promotion and publication of our authors works. Nothing on this website should be interpreted or construed as an offer by the company in anyway whatsoever to provide health related advice and/or support. Or sole objective is to provide a pathway for publication of works, to those who find creativity is a means for improved mental health. We do not advocate or expect that such a process will benefit all.

With regard to our portfolio of published works, please be advised the opinions expressed in those works are the respective author’s opinions and do not reflect by association the opinions of Integrity Media Ltd (IML), employees, editors, associates or affiliates. All information contained in our published works has been obtained by IML from sources believed to be reliable and have been self-certified as authentic and/or factual in content; and all our authors respectively indemnify IML from any and all legal action as a result of publishing their works.